A Lifelong Song of Support for Rural Women 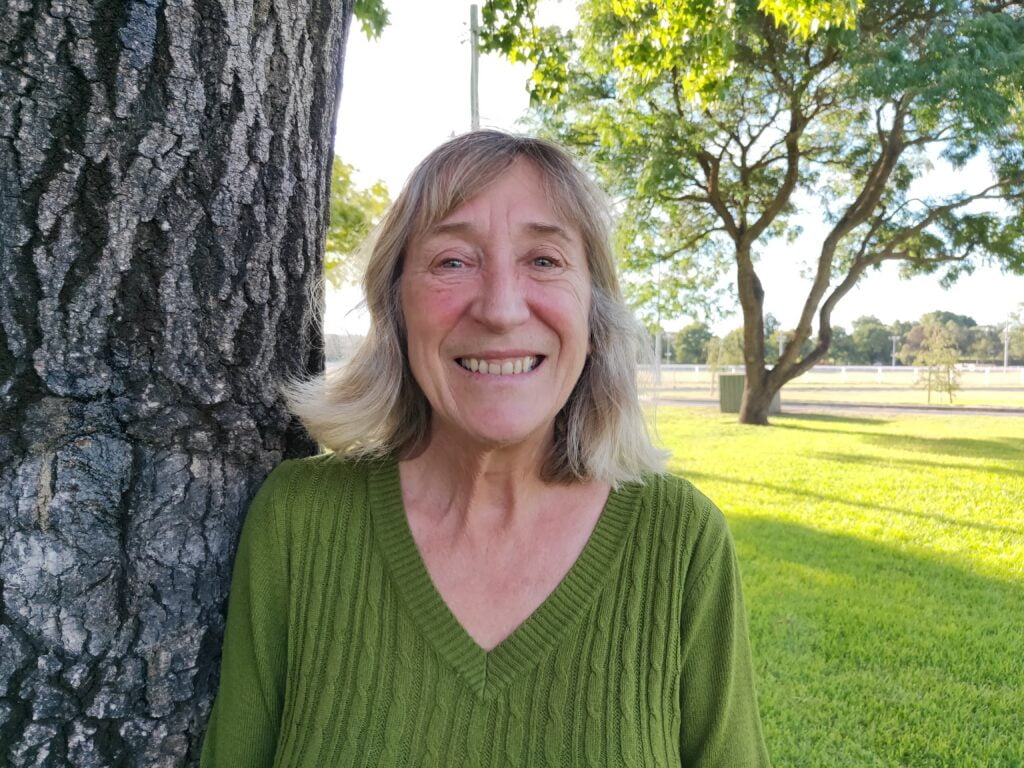 Dr. Elizabeth Barrett has had a long and varied career. She began as an intern at a hospital in Western Sydney in 1980 and has since worked in a variety of roles within medicine. And while she has not been based in Bathurst for her whole career, when she first arrived as the Women and Children’s Health Medical Officer back in 1983, something about the regional city captured her heart so that now, as she nears retirement, she is setting down roots on a property at the edge of town.

“I really loved Bathurst,” laughs Barrett. “So, I bought a little farm and I used it as an occasional weekender. It’s so lovely to be back and be able make it look loved. We grow lucerne and have cattle on agistment, but otherwise it’s a nature reserve for kangaroos and other creatures.”

As well as medicine and looking after her little farm, Barrett loves singing and playing piano.

“I’m president of the Allegri Singers at the moment,” she says. “It’s just the most fantastic choir. I also get involved in a few issues in town like the go-cart track, so, I’m a bit of an activist and yes, of course I’m a feminist.”

In 1983, after completing a successful submission for funding under a NSW Government program to improve access to women’s health services in rural areas, Barrett worked with nurse, Liz Bonham, to establish a Family Planning Clinic in Bathurst, as well as a second one in Orange.

“It [the family planning clinic] was created amidst quite some furor,” explains Barrett. “We had a very conservative Labor member at the time, and he would frequently ring and say ‘I’m gonna have you closed down, you’re killing babies’ etc. So, it was quite an interesting time.”

Assistance to access termination was just a small part of what the Family Planning clinic provided, and after some time there was a discussion around the need to evolve this into an independent women’s health centre run by women for women.

“The wonderful thing about the Women’s Health Centre in those early days,” says Barrett “was that women were offered time. Yes, they might be getting a diaphragm fitted but they could talk about other issues to do with their sexual health or whatever it might be, and I think that was a wonderful thing.”

A visit by the NSW Women’s Advisory Council in April 1984 saw the formation of the Women’s Health Group whose aim was to create an independent, self-managed women’s health service that embraced women’s physical, mental, emotional, and social health. Barrett was involved with the committee in the early days but had moved on to a new role as Regional Community Physician in Dubbo, just prior to the new Women’s Health Centre opening.

In her new role, Barrett became involved in among other things, Aboriginal Health.

In 1988, Barrett was appointed as the first female Regional Director of Health, but unlike her male counterparts she was put on probation.

“Fortunately, the woman who was in charge of Human Resources for NSW Health rang me one day to ask how I felt about being on probation,” says Barrett. “And I said ‘Well, it’s not fair.’ She took the issue up on my behalf and she won so I was then appointed for the full five-year contract, like the others.”

Barrett recalls this time in her career as being as being quite difficult to navigate due to its very masculine culture that included macho behaviour and a lot of bullying.

“You just had to be strong, otherwise you would have just gone under,” she says.

Barrett’s strength and her belief in the importance or women’s health once again aided the Central West Women’s Health Centre during her time as Regional Director of Health.

At the time there was a new Government which had initiated big budget cuts for all the regions. A senior political staffer was sent by the Health Minister to tour the rural areas. He had asked Barrett to show him the Women’s Health Centre in Bathurst as he thought that they could save money by closing it down.

“So, I was driving this person around and he said that it [the Women’s Health Centre] doesn’t seem necessary,” says Barrett. “I told him ‘no it’s a really important service, we cannot close it down!’ and, while a lot of other things were closed down the Centre remained, which was wonderful.”

A trailblazer for women within NSW Health, Barrett has been instrumental in lot of good work over the course of her career particularly around women and children’s health and, despite retirement looming, she does not seem ready to slow down just yet.