Cooking Up Big Plans for the Women of Bathurst 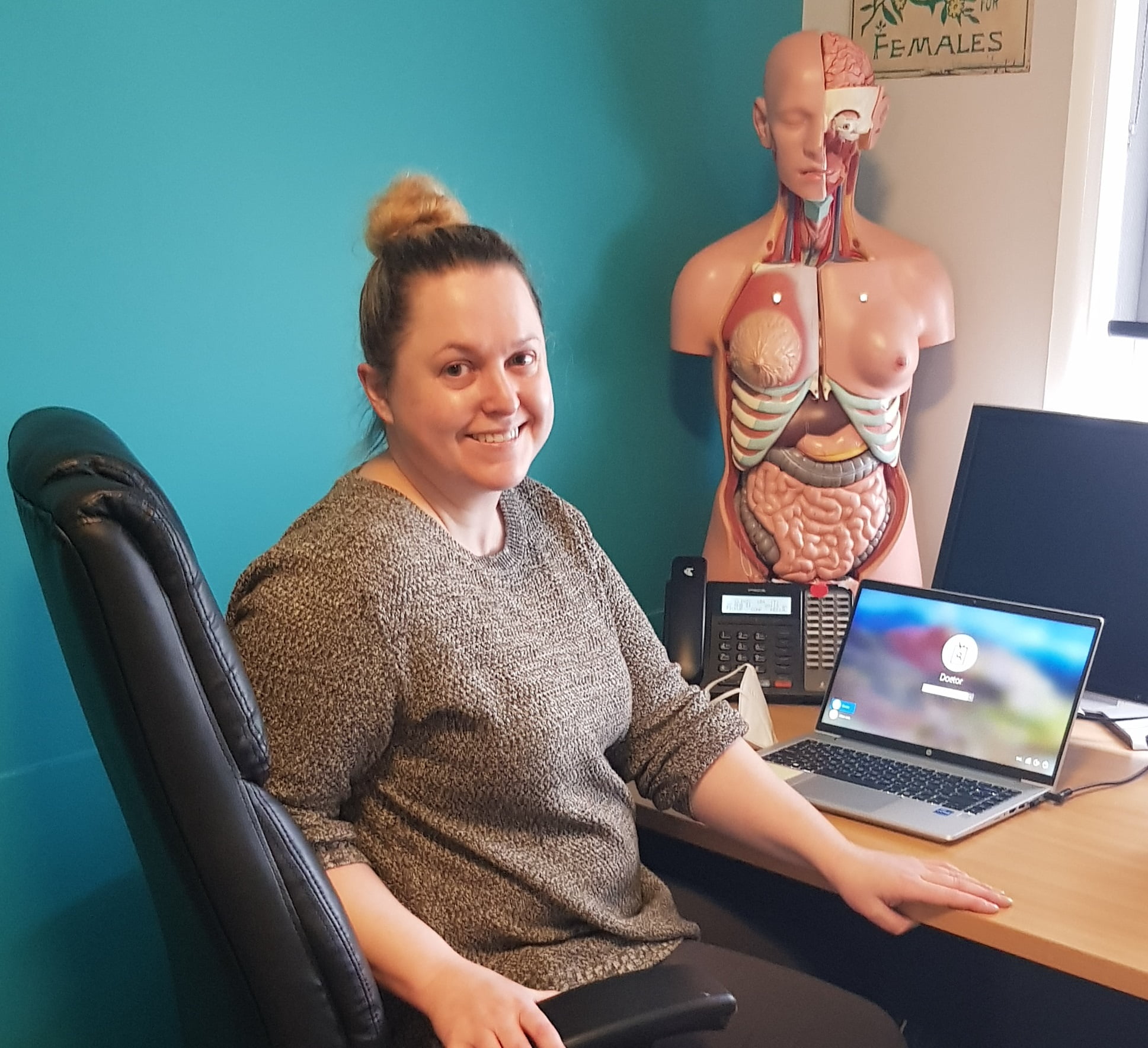 Dr Rachel Jack sits in the new Central West Women’s Health Centre (CWWHC) clinic, in front of a vibrant teal wall and watched over by an anatomical dummy, a plastic woman with her insides on exhibition for the benefit of all.

“I never imagined I’d be concentrating in women’s health,” says Jack. “It wasn’t planned, but it’s a good thing.”

While it may not have been the plan all along, Jack is hoping that her new women’s health GP clinic will have a positive impact on the local community.

“It’s a great opportunity to create positive change,” she says. “For a population as large as our own, women’s health in Bathurst is under-resourced quite significantly. Women are finding it hard to get appointments with GPs who are really experienced in women’s health.”

While the clinic is currently only running one day a week, Jack has big plans for the future.

“I would love to expand the clinic and provide a number of extra services,” she says. “I hope by the time we’re done; we’ll have two doctors here working almost fulltime. It’ll take a while to get there, and I’m not sure how we’ll do it, but we’ll do it.”

Her enthusiasm at the prospect is infectious.

While she admits she has considered different career paths over the course of her life, since the age of six or seven, medicine has always been her go-to.

“My father worked at a pathology lab,” Jack says. “I used to go walking through there, and literally find human bits and bobs in jars. It was very fascinating.”

Having left Bathurst for medical school, it was always Jack’s plan to move back to her hometown and open her own practice here, and in her ninth postgraduate year, she is fulfilling that dream even though it means she doesn’t have as much time for her other great loves – horse riding and cooking.

“I am quite an avid horse person,” Jack says. “After high school I worked at a school holiday riding camp out near Sofala. I think that’s when my interest in riding really took off.”

“I love cooking too, but I don’t get as much time for that as I would like. Asking what’s my favourite dish is like asking a parent who your favourite child is,” she laughs.

“French… and Japanese, and Chinese, but French… and Italian,” Jack’s passion lights up her whole being as she tries to pick a favourite cuisine. “I have a cooking library that includes some of the chef classics, cooking bibles like Larousse. And I love Nigella’s cookbooks. To me, that’s as good as sitting down with a novel.”

With her attention turned towards building the GP service specifically for women, the options for CWWHC clients are opening up and her optimistic outlook and can-do attitude bode well for the project.

The women of Bathurst are lucky to have her.