A Winding Path to Discover a Passion 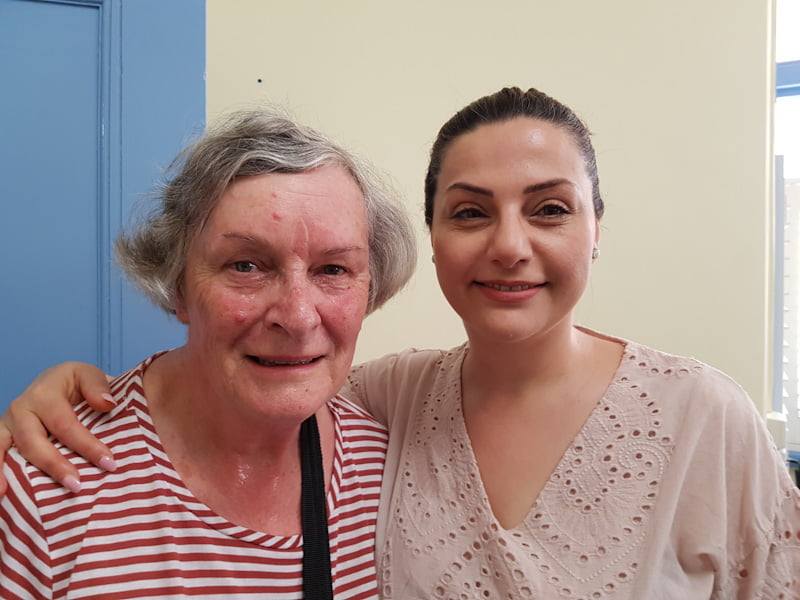 Covid-19 threw a spanner in the works when it came to Maryam’s plans for 2020. She had been looking forward to completing her Cert IV in Community Services with a work placement at a local service, but that opportunity was cancelled thanks to the global pandemic.

Maryam is no stranger to upheaval and change. She has much experience to draw on when it comes to finding her way in a strange new world.

Having moved to Australia from Iran in 2012, the winding path Maryam traversed eventually led her to the Central West Women’s Health Centre (CWWHC), where she has been volunteering for the past few months.

“Studying that industry, which is Community Service, is nothing compared to working with the people,” she says. “It was really important to me to find an environment that I can grow up in professionally and use my skill at the same time. I’m so glad that I found it [volunteering at CWWHC] because I’m already learning.”

Maryam’s enthusiasm is as infectious as her laugh, and her bubbly personality brightens everything around her, despite the challenges she faced starting a new life in a new country.

Maryam found an Iranian community when she first moved to Sydney, Australia and although she was scared and felt unsafe, she made friends who spoke the same language and were able to help her begin to adjust. Before too long she was forced to leave this comfortable community due to domestic violence and she found herself in the regional city of Bathurst with no friends, no support and unable to speak English.

“I left Sydney in September 2013 and its funny because when I came to Bathurst, I wanted to stay just a couple of months, that’s it, and here I am, nearly seven years!’ Maryam explains, laughing. “Gradually I found people were so friendly, it was unbelievable. Every single one, from the real estate to find me a house, to the migrant support worker, to the Tafe teacher, to my daughter’s principal, to the police, they were really supportive.”

Pushing through the challenge of being alone in a new town, unable to speak the language, Maryam kept going. She practiced her English and soon completed a Diploma of early childhood education and began to work in a local childcare centre.

“It was a challenge,” she says. “I have a Masters of Art in my country. I was a teacher at a school, and I had my own little business, like a private art school, and I had so many different students from 5 to 70 years old. I also had my little gallery and I used to sell art as well. But I couldn’t access my qualification, so I started at Tafe.”

After four and a half years working with very young children, Maryam knew it was time for another change. She decided to pursue her passion to support women, particularly those women who are new to Australia.

“I decided to change my career to be a migrant support worker. That was my main goal,” says Maryam. “I want to work specifically with women, because I’ve been a migrant woman and at the same time I was going through domestic violence and I was really vulnerable, it’s really scary. But it feels good when you find yourself able to talk about your experience with a woman like you. That’s my dream, I really would like to be able to do some work with new migrant women.”

While her volunteer role at CWWHC isn’t a migrant support role specifically, Maryam feels that she is learning so much about what a service such as a women’s health centre can offer.

“I’m taking the walking group. I try to get to know them [the participants] and I’m trying to focus on making sure everyone’s doing well. I try to talk to them and find out what else they need,” says Maryam. “At the same time, I’m learning the system. I started learning admin stuff, that’s the face of the Centre. There are so many things to learn.”

The excitement and passion that Maryam feels for the Centre infuses every sentence she speaks and the gratitude that she feels at the acceptance she has found as a volunteer is apparent.

“I feel like I owe everyone here because everyone’s trusted me, you know?” she says. “Most people want to make money or want to take advantage of you, but I find here they really teach me. I’ve never ever had that feeling, but here I’m part of the team. I’m speechless about it.”

Maryam is continuing her studies and plans to complete her Diploma of Community Services this year so that she can work to provide support and safety for the women of Bathurst.